Stick War is the original hit game from StickPage. It is one of the biggest most fun, challenging, and addicting stick figure games online. Control your army in formations or play each unit, you have total control. Build units, mine gold, learn the way of the Sword, Spear, Archer, Mage, and even Giant. Destroy the enemy statue, and capture all Territories.

Difficulties you can choose are: Normal, Hard and Insane (Insane mode only playable at stickpage.com).

There is a mobile version spinoff called Stick War: Legacy.

In a world called Inamorta, you're surrounded by discriminate nations devoted to their individual nations technology and struggle for dominance. Each nation has developed its own unique way to defend and attack. Proud of their unique craft they have become obsessed to the point of worship, turning weapons to religion. Each believe that their way of life is the only way, and are dedicated to teaching their polices to all other nations through what there leaders claim as divine intervention, or as you will know it... war.

You are the leader of the nation called "Order", your way is of peace and knowledge, your people do not worship their weapons as gods. This makes you a mark for infiltration by the surrounding nations. Your only chance to defend is to attack first, and obtain the technologys from each nation along the way.

List of stages enemy units (enemy units, which die will respawn (if the enemy has enough gold)):

Information and guide about each stage, the following text was taken from the Stick War Strategy Guide, created by Jason Whitham:

Take out those pesky Archidons!

If you get a club man out early you should take control of him by clicking him with the mouse and controlling him with WASD/arrow keys, and space to attack.

The advantage of controlling the unit yourself is that your attack is more powerful as well as your defense. Not only that, when you face an enemy you should be able to move up and down the plane while running towards the archidon, almost like a zig zag pattern which will make it much more difficult for the archidons to hit you. Once you're up close you will dominate.

Stage 2, Survive Until the Sun Sets

You just got a new unit and you're dying to try it out. Well we're mean because we give you an enemy with a big shield and spear perfect for killing new archidons. None of your units are powerful enough yet, so you will have to adapt a new tactic of outnumbering your opponent, because 3 clubs is better then 1 spear.

If you can't seem to keep up with the pace of native attacks this is the time to learn one of the most important moves of the game, "Man the Fort." This will keep your army safe and also give you a chance to fire back at the enemy. Your arrows fired from this point are only as powerful as what you have upgraded on your statue, and is unrelated to the archidons upgrade. Every 3 men you have garrisoned or fortified will give you one garrisoned archidon, with a 20 unit max you can have up to 6 garrisoned archidons.

Now you will learn the power of the almighty head shot! At this point it's likely you have used some of your upgrade points on upgrading your arrows which was wise because swordwrath are very strong up close and will slice your club men in half. If the archidon gets a head shot on the swordwrath it's over; one shot one kill, with this they will quickly pay for themselves.

Ok so you love the archidon and you decided to make and entire army of just archidons? The problem you'll face is that the arrows are strong against bare flesh but not against the stone statue. It will take forever for you to destroy it with just archidons. Thats why you have the club men! Although they are weak and pathetic they still serve a purpose, and don't worry I have a feeling you will be getting some swords soon enough!

The Speartons are deadly, they can throw their spears and pull out a sword and keep on fighting. They also have shields and helmets which protect them from headshots(Headshots are still possible if you aim well) and minimize damage from swords and arrows, so what will you do? Hopefully you have invested some upgrade points into your sword, because you will need a good combination of swordwrath and archidons to win here. I recommend more swordsmen then archidons. You really need to use numbers here, the Persians had the right idea, trust me.

This is a great chance to play your units individually and try to pick off some of there miners, Because they have better units then you, and both sides are limited to the same number of units, which in short means: if you both have maxed out armies they will win. This means you're going to have to be on the offensive.

You can either do that or try something that might take a little bit longer. This is only recommended if you can aim well with the archidon. You can shoot his miners if you want their economy to go down, but remember that his Speartons aren't invincible. If you can pick his Speartons off at a distance with an archer that you're controlling, and make swordmen while you're doing it, then you can easily outnumber his Speartons. This is only possible for he will only attack if he has an advantage, which won't happen if you're picking his Speartons off. Saving some gold for reserve swordsmen before you attack is recommended.

You have been warned that an attack is coming so don't waste your money right away on an army that you won't use. Spend your money on miners, and get as much gold as you can, and spend it all as late as you can. Don't forget that some units take longer to train then others. So if you try to make 5 speartons quickly you could die waiting on them to train.

Speartons wear solid armor from head to toe, make good use of it. They are a good combo not only with archidons but with swordwrath because speartons will automatically take the front line and take the first damage which gives your swordwrath a chance to come in and counter attack.

Magikill might just make you rip your hair out when you first encounter them, you might even feel like there is no way around them or they are just too hard. But they are designed to force you to keep thinking up new strategy and not keep playing the same old way. For example, if you try the meat shield method on magikill they will just stun you over and over and create minions to finish you off. Their weakness is archidons and distance. You may need to fortify quickly to sucker the magikill into getting too close at times.

Attack or be attacked

For the first time you'll face an enemy that has more then one unit type and you will start to see a new element of the game appear. You are facing archidons and swordwrath so you have to think about counters to these units. Try to get your swordwrath up close to their archidons and try to get your archidons far away from their swordwrath. You also have the spearton unit which is dominant against both these unit types however more expensive. If you're able to take control of a spearton you should do quite well. The meat shield method should work well for you in this situation.

You thought the sword combo was hard? Well you're in for a surprise! Get a swordwrath out ASAP! Take control and kill that first pesky archidon using the zig zag technique you learned in stage 1. You can't afford to lose a miner this early in the game. If you can get a magikill out and combine him with speartons and swordmen you should be okay because your magikill will stun his speartons, your speartons will tank his archidons, your swordmen will kill his archidons, and your combo is better then his.

The key to this stage is controlling swordwrath. You need to get swordwrath out fast and bring them around the back of giants to distract the dumb creatures, this will give the rest of your army a chance to rock him and keep him from moving forward to your statue. A few hits on your statue and you are done, don't let him get close!

Pro tip: When you are controlling the swordwrath you can attack the giant then run around to his back side before he hits you and attack again and continue this over and over.

Well you remember how to create an army for the ambush right? Invest all your money into miners. But this time there is a twist! A giant is in the mix and attacking your amry, you will need to spend some money on swordwrath and take the giant down while working on your economy. The key here is save enough to get a magikill and a few speartons. Be warned that magikill take a long time to be created. However, once he's ready he can hold off infantry with his stun spell.

Your confidence is your weakness!

If you haven't noticed by now, right before you take the enemy statue down, they will send a massive wave as a last resort. This can trick you over and over again because you will feel like you've won it, then they send there reserves at you, and you're not ready. I would suggest keeping some gold in reserve, and being ready for anything.

This is as close to playing another person with the same units as you as you're going to get until Brock and I make this a multiplayer game!(Ha!) You're playing against a cunning enemy with archidons, swordwrath, speartons, magikill, and giants! You're going to have to use everything you have learned up to this point, use every strategy and trick, as well as speed and skill.

Just when you thought it was over! What would a good game be without a good twist? 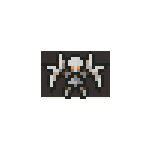 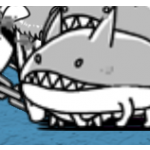